Number of Participants: four participants in a team. 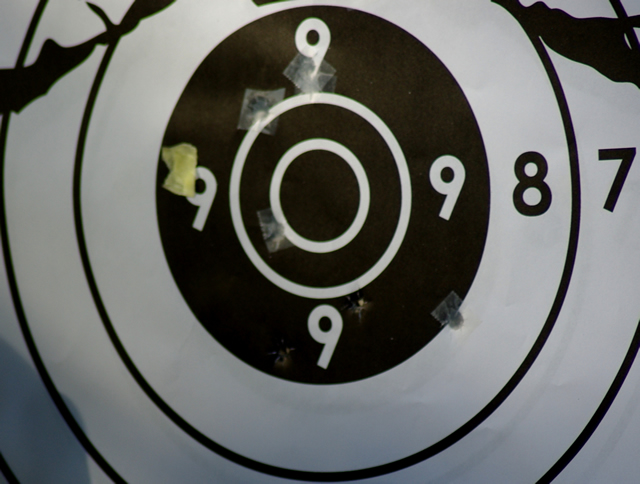 The competitor stands at a starting position with the pistol in holster or under the armpit, loaded with six bullets and a second cartridge clip with four bullets in the holder of the belt.

Upon emergence of the targets, the competitor produces two shots at each target from bent-knee upright position and from lying position. 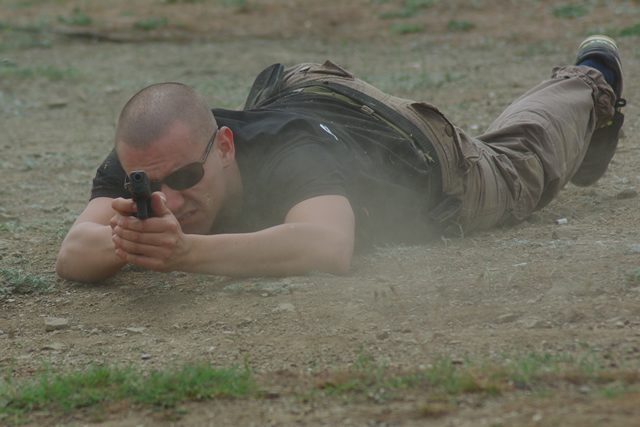 From lying position the participant rolls over, the gun pointing in the direction of the targets. 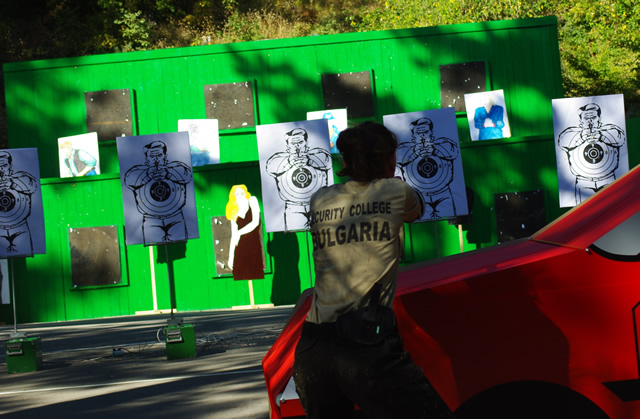 Standings: The standing of the teams is determined by the sum of the points, scored by the competitors - members of the teams. The team scoring the most points takes first place.